Whale watching in Iceland has become one of the most popular activities with visitors and the country has quickly gained a reputation as being a premier destination to observe these majestic creatures. Fortunately, whale watching tours operate year-round in Iceland so you can choose to be flexible with your travel dates if this activity is high on your bucket list.

There are 23 species of whales, dolphins and porpoises that either live off Iceland’s coast or seasonally migrate to the area so you are bound to have an encounter. Iceland’s waters are extremely productive with zooplankton thanks to long summer daylight hours and also filled with rich herring grounds which is why Iceland has such a diversity of marine mammals and birds.

Tours depart from all around the country including Reykjavík where you have the opportunity to see Humpbacks, Minke whales, orcas, dolphins, and on rare occasions belugas and narwhals too. Keep in mind that the season you visit will determine which species you are more likely to encounter, and also which part of the country the tours are operated. For example, whale sightings are more likely in Northern Iceland than Reykjavík.

If you are interested in organizing a whale watching tour and wondering about what species you might see, where the best places are to go whale spotting, or when the best time to see whales are, then keep reading as this article will answer all of your questions.

What Is The Best Time Of Year To See Whales In Iceland?

The best time to see whales in Iceland is during summer; June, July and August. This is because many species of whales travel from their winter breeding grounds to the colder but productive waters of Iceland in summer.

Whale watching season is officially from April through October however summer is considered the peak period and the best time to see migrating whales. In winter, the only place you can take a whale watching tour is from Reykjavík where tours operate all year. Keep in mind that your chances of seeing species like the Humpback or Minke in winter are very unlikely however you can still encounter dolphins and orcas who stay in Iceland waters year round.

What Are The Best Places To See Whales In Iceland

The best places to see whales in Iceland are Dalvik, Husavik, Olafsvik, and Reykjavik. There are a handful of whale watching tour operators at the villages mentioned above or you can organize a day trip from the city of Reykjavic.

Keep in mind that whale sightings are more likely during the peak summer period and whale species such as Humpback and Minke are more often seen in North and West Iceland than in Reykjavík.

Dalvik is a small fishing village located in North Iceland on the shores of a beautiful fjord called Eyjafjörður. It is the departure point to Iceland’s most northern island, Grimsey, which sits in the Arctic Circle.

In Dalvik, you can organize whale watching tours through Arctic Sea Tours who offer tours that include puffin watching and combined angling tours. In addition, they finish their tours with a BBQ for all guests. These tours can be conducted in standard or high-speed boats.

Husavik lies on the edge of Skjalfandi Bay, a deep, wide, bay with natural shelter and little variation in tides which are ideal conditions for whales. Minke whales are the most commonly seen species of whale in the bay along with white-beaked dolphins and harbor porpoises. Humpback whales come to feed in the summer and less frequently seen are orcas, sei whales, and pilot whales.

The whale watching tours from Husavik are operated by North Sailing who conduct tours from traditional Icelandic boats made of oak. These boats have silent diesel engines that are designed to be environmentally friendly.

Olafsvik is located in West Iceland on the iconic Snæfellsnes peninsula. Whale species you may encounter from whale watching tours departing Olafsvik include Humpback whales, Sperm whales, and Orcas. The Snæfellsnes peninsula is known for its beautiful glacial scenery and abundant seabirds. The fjord Breiðafjörður on the northern side is a rich herring ground which is why there is such an abundance of marine mammals here.

Grundarfjordur is a picturesque fishing village on the Snaefellsnes Peninsula. The village sits under Kirkjufell Mountain, the most photographed mountain in Iceland. Whale watching tours from Grundarfjordur most commonly encounter Orcas and other dolphins.

All whale watching tours from Reykjavic sail to Faxaflói Bay where white-beaked dolphins, harbor porpoises and Minke whales can be seen year round. Humpback whale sightings are more common in summer. Occasionally orcas, basking sharks, pilot whales, and sei whales are spotted too.

What Species Of Whales Can You See In Iceland?

There are around 23 cetacean species that frequent the waters off Iceland but the most commonly seen species of whale is the Humpback whale. Humpbacks are a likely sighting on most whale watching tours in Iceland, especially in North and West Iceland.

Other marine mammals you may encounter include white-beaked dolphins, and harbor porpoises. Species of whales and dolphins found in Iceland include:

Humpback whales are the most commonly seen species of whale in Iceland. They are also a favorite species among whale watchers due to their energetic and entertaining displays such as leaping, tail slapping, and rolling over which bring joy to tourists. Humpbacks are also extremely curious creatures and will sometimes even come closer to boats and stick their head out of the water to see what’s going on.

Humpback whales live in oceans around the world and have one of the longest migrations of any mammal on the planet traveling incredible distances to reach their breeding and feeding grounds. Some populations often travel 5,000 miles from tropical breeding grounds to more productive arctic grounds to feed on krill.

The name humpback comes from the distinctive hump on this species back. They can reach lengths of 60 feet, weigh up to 40 tons, and live to about 80-90 years old. They are listed as an endangered species.

The Blue whale is the largest animal to have ever lived on earth reaching at least 110 feet (33 meters) and can weigh an astounding 209 pounds (190 tons). The longest Blue whale on record measured 200 tons which is believed to be two times heavier that the largest dinosaur!

Blue whales have a global distribution and live in every ocean except for parts of the Arctic that remain covered with ice throughout most of the year. There are three distinct populations of blue whales; North Atlantic, North Pacific, and Southern Hemisphere. Unfortunately Blue whales were one of the hardest hit species by commercial whaling and have been slow to recover since their worldwide protection in 1966. They are classified as endangered and highly vulnerable to extinction.

The common Minke whale is the smallest of the baleen whales and are the most abundant whale species around the world. To identify, look for a relatively small, dark, sleek body and fairly tall sickle-shaped dorsal fin located about two-thirds down their back. Minke whales can reach lengths of about 35 feet and weigh up to 20,000 pounds.

These species of whales are known for their curiosity and often will approach boats. Sometimes they dive under the boats and then stick their heads up out of the water to see what is going on. This behavior is called spy-hopping.

In Iceland, Minke whales are one of the most commonly seen whales especially around North and West Iceland. They prefer shallow waters and the coastal areas.

If you’re planning a trip Australia but haven’t decided on dates yet, perhaps you should consider visiting Australia in autumn. Although Australia’s peak travel season… 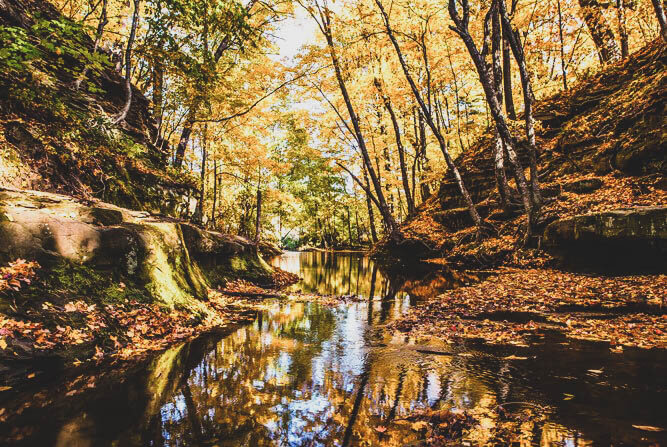 Are you preparing for a leaf peeping escapade in Wisconsin? Whether you are looking for an autumn day trip to eyeball the changing seasons or…

Australia has a number of iconic dishes that you can’t get anywhere else. And even if you can, trust me it won’t taste the same…

Is October a good time to visit Iceland? The answer is yes! Here’s the deal…. While summer is an obvious time of year to visit,… 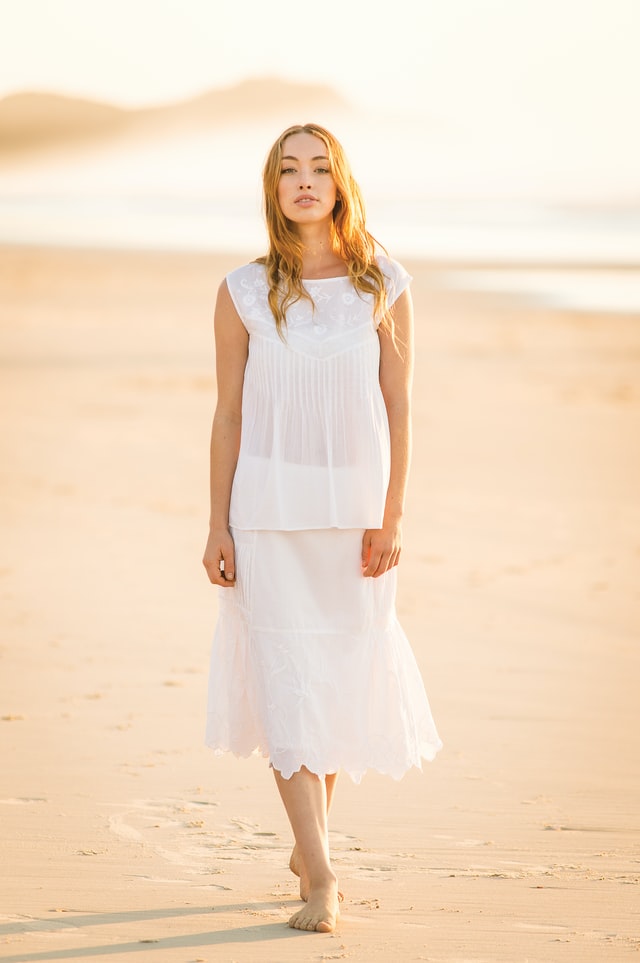 Have you got an upcoming trip to Australia in the fall? Got your tickets booked and itinerary all planned out? I suppose now you’re wondering… 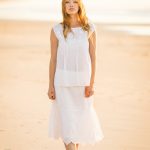 What To Pack For Your Autumn Vacation In Australia: Essentials & Style Guide 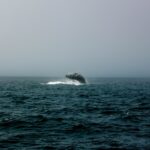 Whale Watching In Iceland: Everything You Need To Know 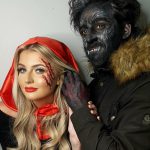 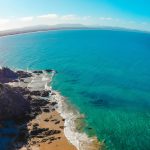 10 Reasons You Should Visit Australia In Autumn